Soil and Water Conservation DistrictHistorically, conservation districts were formed in response to the tragedy that was the Dust Bowl. The first great dust storm of the Dust Bowl occurred on May 11, 1934. It originated in the Great Pla... Soil and Water Conservation DistrictHistorically, conservation districts were formed in response to the tragedy that was the Dust Bowl. The first great dust storm of the Dust Bowl occurred on May 11, 1934. It originated in the Great Plains region and swept over Washington DC and 300 miles out into the Atlantic Ocean. The second great storm happened again on March 6, 1935. In response, the Soil Conservation Service was created by the U.S. Department of Agriculture (USDA) to address the catastrophe.

President Franklin D. Roosevelt recommended to state governors that legislative authority be provided for the establishment of soil conservation districts as political or legal subdivisions of the state government to deal with the problems of erosion control and soil conservation. The first conservation districts were guided by local farmers elected to fill Supervisor positions who knew first-hand the environmental issues facing farmers. Conservation is our History A regulator agency. This means we neither regulate nor make laws.

What We Aren'tDistrict Map click the image to enlarge are local people helping local people.

Conservation Districts are local units of government consisting of a 7-member, locally-elected board of directors with a small staff who help landowners and communities with managing their natural resources. Through partnerships with organizations and public agencies, the district promotes a locally-led, cooperative approach to natural resource conservation. The district is assisted in these efforts by the people of Wasco County, the USDA Natural Resources Conservation Service (NRCS). Wasco County Area Watershed Councils, and at the state level by the Oregon Department of Agriculture.

On June 10, 1973, the Wasco Soil and Water Conservation District were formed by a consolidation of the three districts in Wasco County. In September 1973, the SWCD boundaries were made to conform to County boundaries with the transfer of the eastern two-thirds of T35 R10E (upper Badger Creek Drainage) to Hood River SWCD.

A PROUD MEMBER OF

The Dalles Area Chamber of Commerce 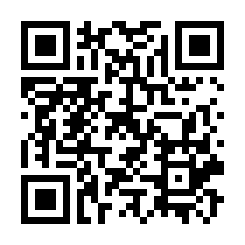